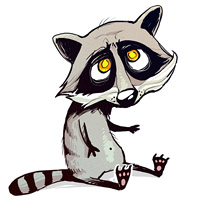 The bad end unhappily, the good unluckily. That is what tragedy means.
© Tom Stoppard, "Rosencranz and Guildenstern are dead"

“All things, whether structure or flesh — their existence is defined by their knowing of themselves.”
“And if a man does not know himself?”
“When a mind does not know itself, it is flawed. When a mind is flawed, the man is flawed. When a man is flawed, that which he touches is flawed.” Dak'kon paused. “It is said that what a flawed man sees, his hands make broken.”
“Do you know yourself?”
Dak'kon fell silent.
© "Planescape: Torment"

"You're gonna listen to me? To something I said? Hasn't it become abundantly clear during the tenure of our friendship that I don't know shit?"
© "Mallrats"